Why is my Computer Running so SLOW?

Woah, who slammed on the brakes? Your computer used to speed through startup and let you open almost everything at once, but now it’s struggling to crawl along! Everything takes so much longer or crashes without warning. Something isn’t right. If it’s gotten so bad that you’ve found yourself drooling over the idea of a new computer, even though your system isn’t that old, we’ve got some good news:  you can get your snappy speeds back with a little TLC.

Computers generally start slowing down within 12 months, but it’s not because their parts are broken. And it’s not because they’re faulty. It’s not even because you have so many browser tabs open that you lose count. Slow computers have a number of causes, but the most common ones are easily fixed.

Whenever your computer is turned on, it’s running programs in the background. You didn’t start them and they may not be essential to operation, but off they go anyway. You can’t even see some of them, they don’t have windows or anything to look at.  A good example is your antivirus program. You don’t need to see it all the time, but you know it’s running in the background, protecting you. Over time, more and more programs might slip into the background and casually suck up your resources, like iTunes helper, Acrobat updater, Cortana listening, Skype or Spotify.  We can speed up your system by setting these background programs to run only when you need them, or remove them completely.

How do you improve last year’s version of a program? Add more features! The problem with this is the applications become bloated with features you may not need (or even know about), but that keep needing more and more resources. Each time the developers review their programs, they assume you’ve bought the latest and greatest computer and can run whatever they release. This means a slow computer can sneak up after an auto-update. You may not even know the update happened, just that your computer is suddenly making you very unhappy. Eventually, your system grinds to a halt. We can remove unused applications or increase your computer power as required.

Your data is stored on a part called the hard drive. It’s usually a mechanical type that works like a record player, with a spinning platter and a ‘needle’ reading it. If your data is spread out across lots of places on the platter, the hard drive head ‘needle’ has to go backwards and forwards thousands of times just to retrieve a single file. Unsurprisingly, that takes more time to bring up your file. We can optimize your data to give the hard drive head a break, but an even better solution is to upgrade to an SSD. That’s a Solid State Drive that stores data in memory chips, like your USB drive, and has no moving parts. Without the physical need to move a hard drive needle, your computer can access data much faster.

Unfortunately, once your computers starts slowing, for whatever reason, the problem only gets worse. The background programs will continue to multiply, the bloat keeps coming, and the hard drive begs for relief.  Rather than buy a whole new system though, it’s completely possible for your current computer to go back to being lightning fast – and for a fraction of the cost. 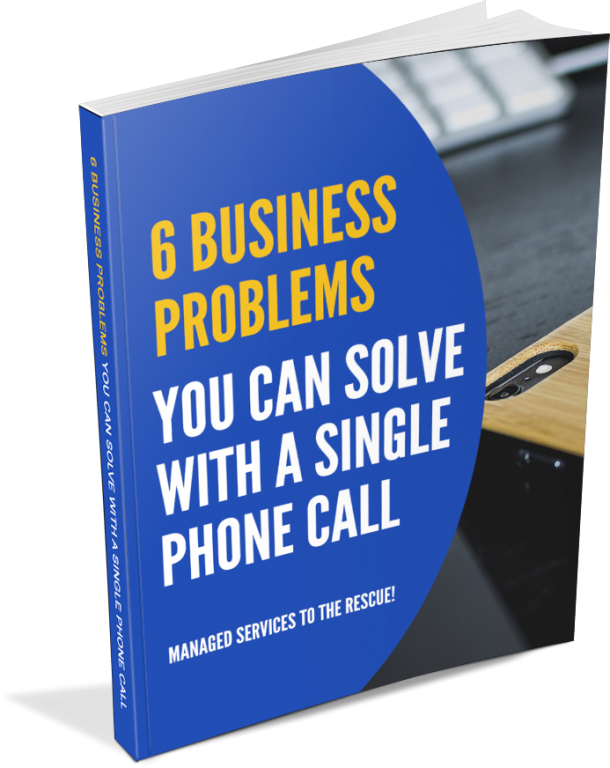 6 Business Problems You Can Solve with a Single Phone Call

With technological progress comes increased complexity. This guide shows you how Managed Services can bring instant relief to your technical problems. Learn how we can:

You have Successfully Subscribed!